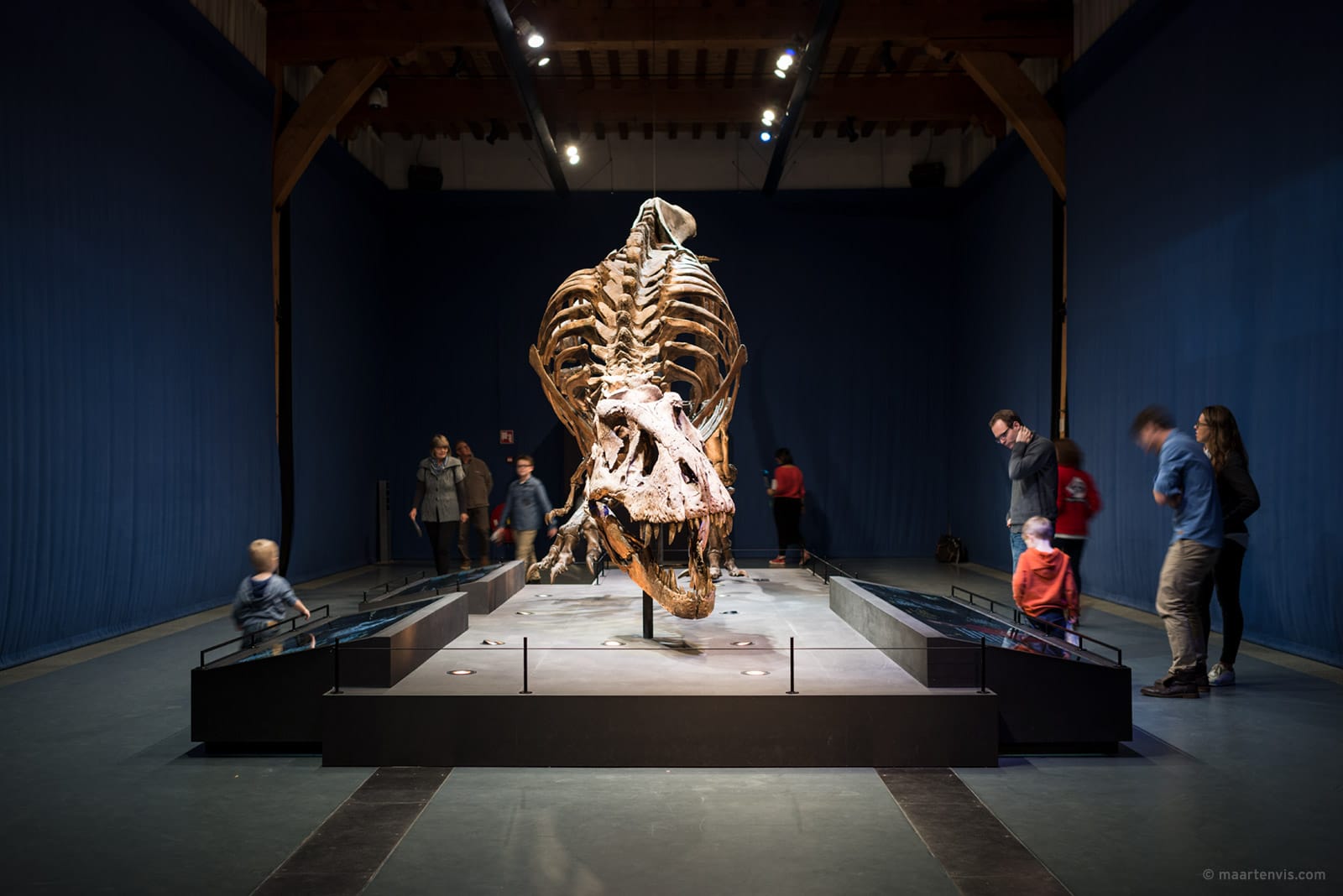 T-Rex Trix and some of her many admirers.

A few weeks ago we were invited to the Naturalis museum in Leiden to meet  T-Rex Trix. It’s not everyday you get to meet a gigantic creature from the past, so you can imagine our excitement. On board of our special Dino-train palaeontologist Anne Schulp told us all about his expedition to Montana where they found a Tyrannosaurus Rex skeleton almost intact. Finding it was one thing. Excavating it and transporting it from the U.S.A. to The Netherlands was a huge operation. This gigantic dinosaur – the king of dino’s – is 12 meters long and it skeleton weighs over 6000 kilos!

The whole museum is dedicated to dinosaurs at the moment and we loved the first part where you can see life-size dino-puppets. In another room you get to see the team working on actual dinosaur bones, trying to match a thousand pieces together. Obviously the most impressive part is the actual skeleton: Trix, as the museum has called her – they think she’s female!

It’s amazing when you think how thousands of years ago these animals were the most dangerous and biggest predators on earth. Can you imagine what would happen if someone found some DNA and cloned an actual dinosaur from this? Hah!

If you’re visiting The Netherlands, or live here, this is a fantastic day trip for the whole family. And not only a day trip…the museum organises sleep-overs too!

P.S. Last year we visited an actual excavating dinosaur site in Wyoming and the Denver Museum of Nature and Science with some impressive skeletons as well.  Check the post here and here. 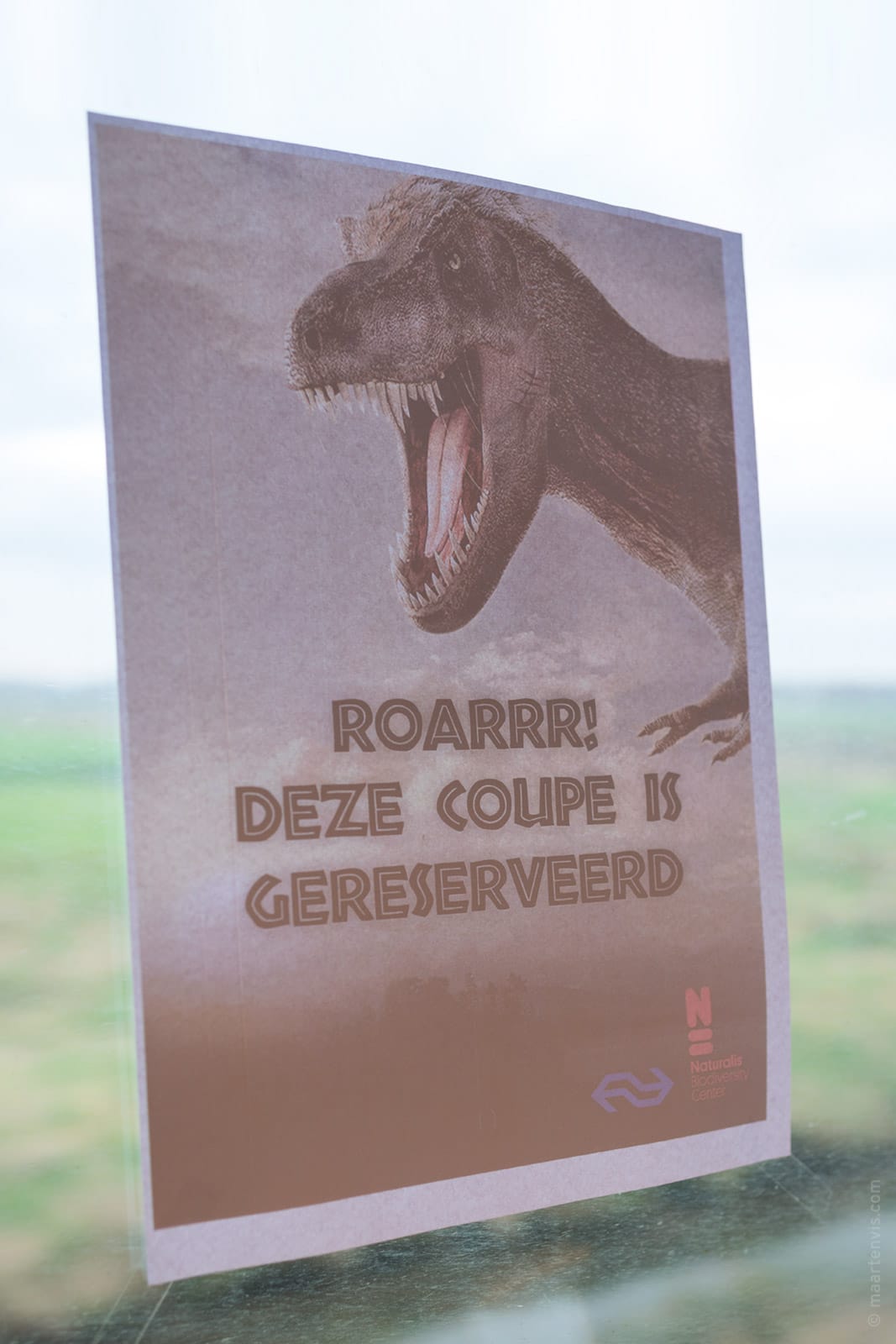 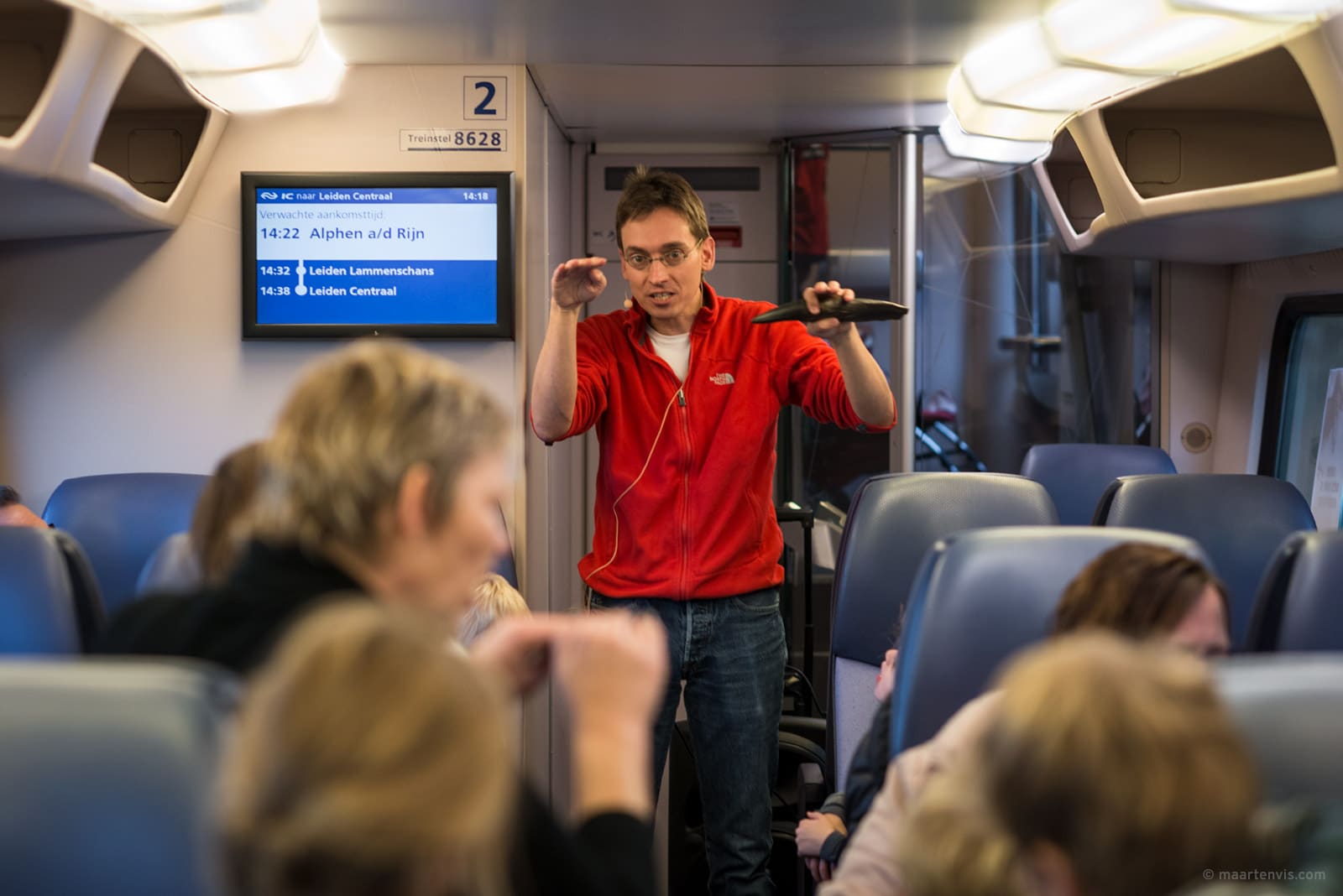 Palaeontologist Anne Schulp shares his stories while holding a replica of the T-Rex tooth. 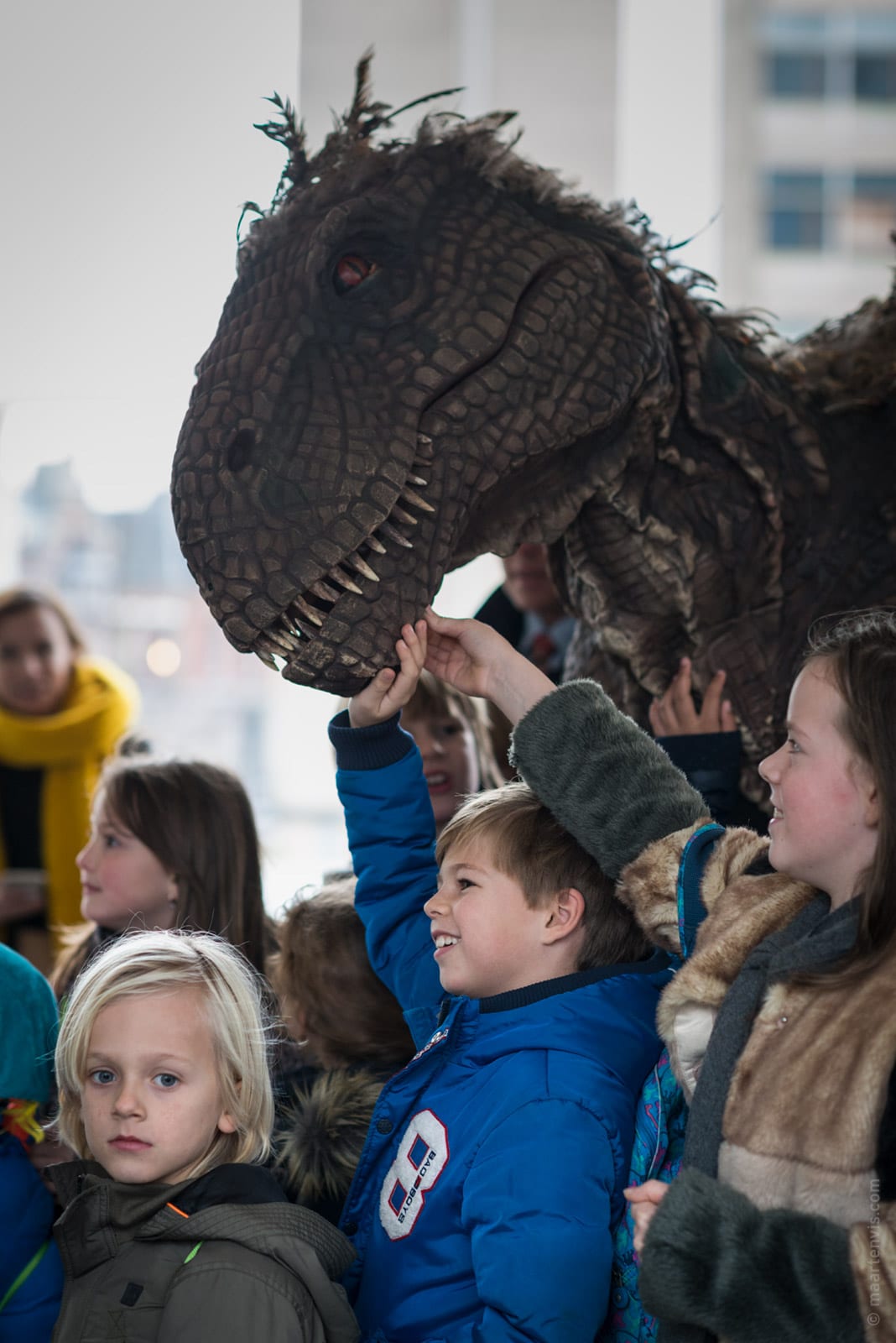 This rubber T-Rex greeted the kids at the railway station. 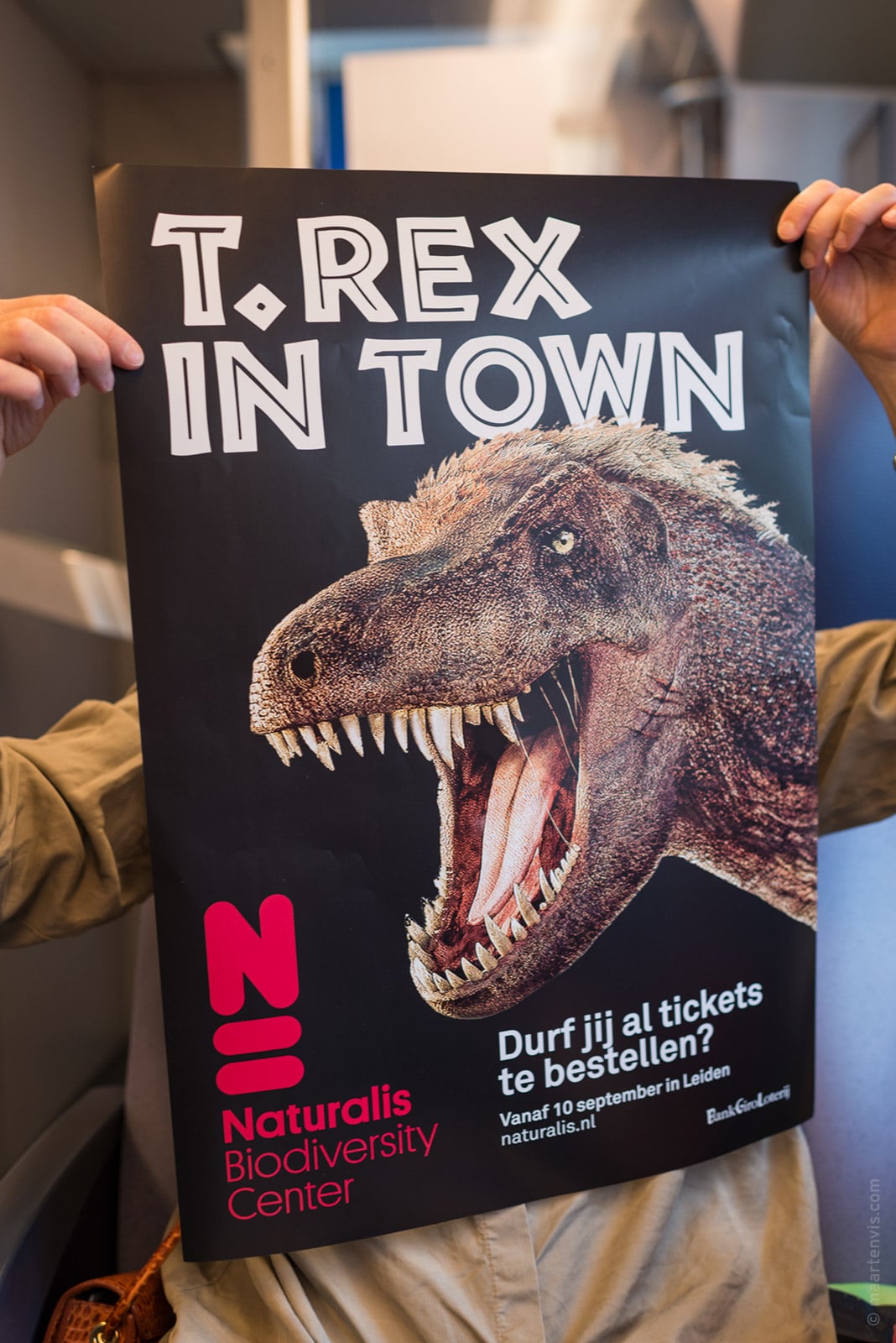 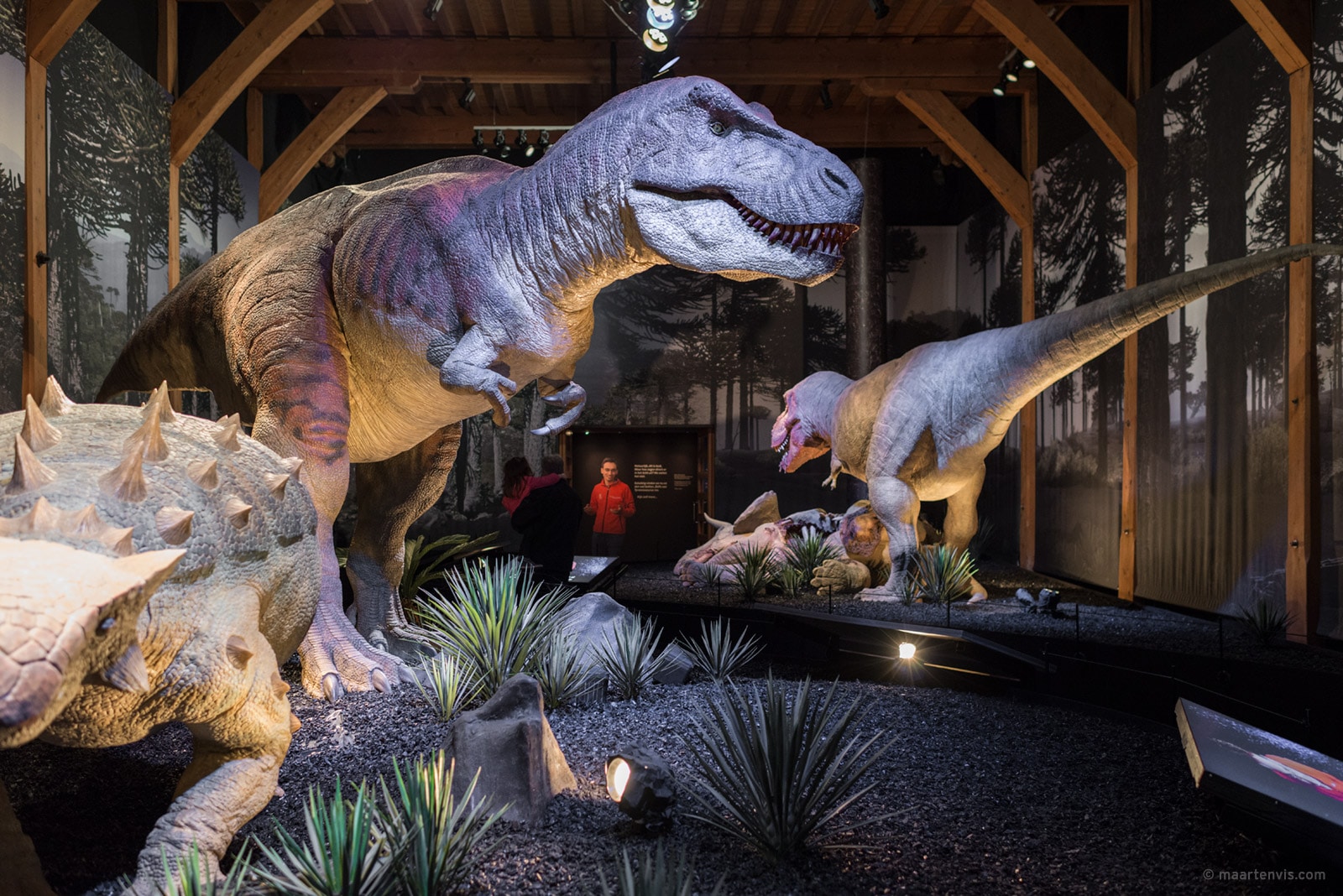 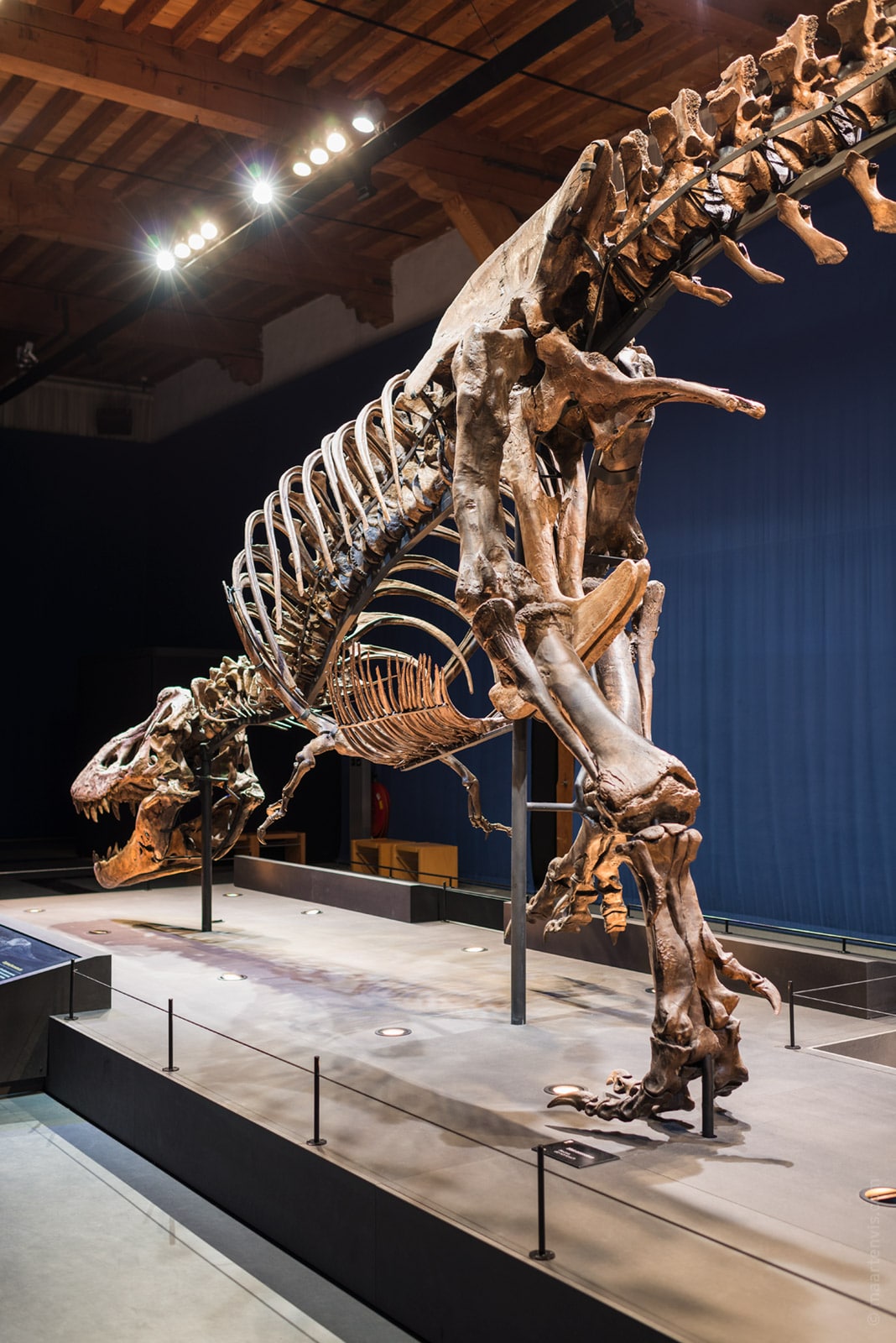 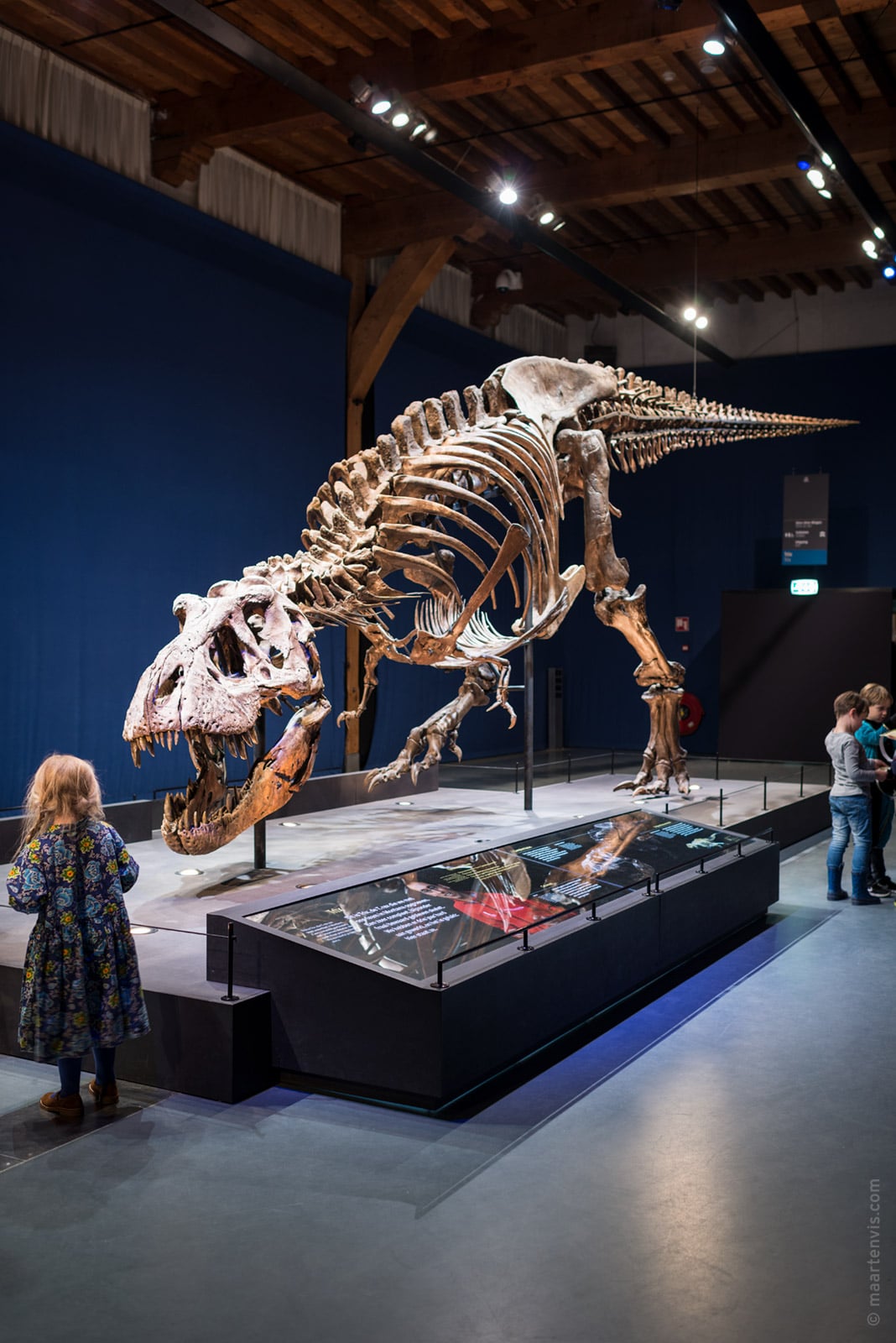 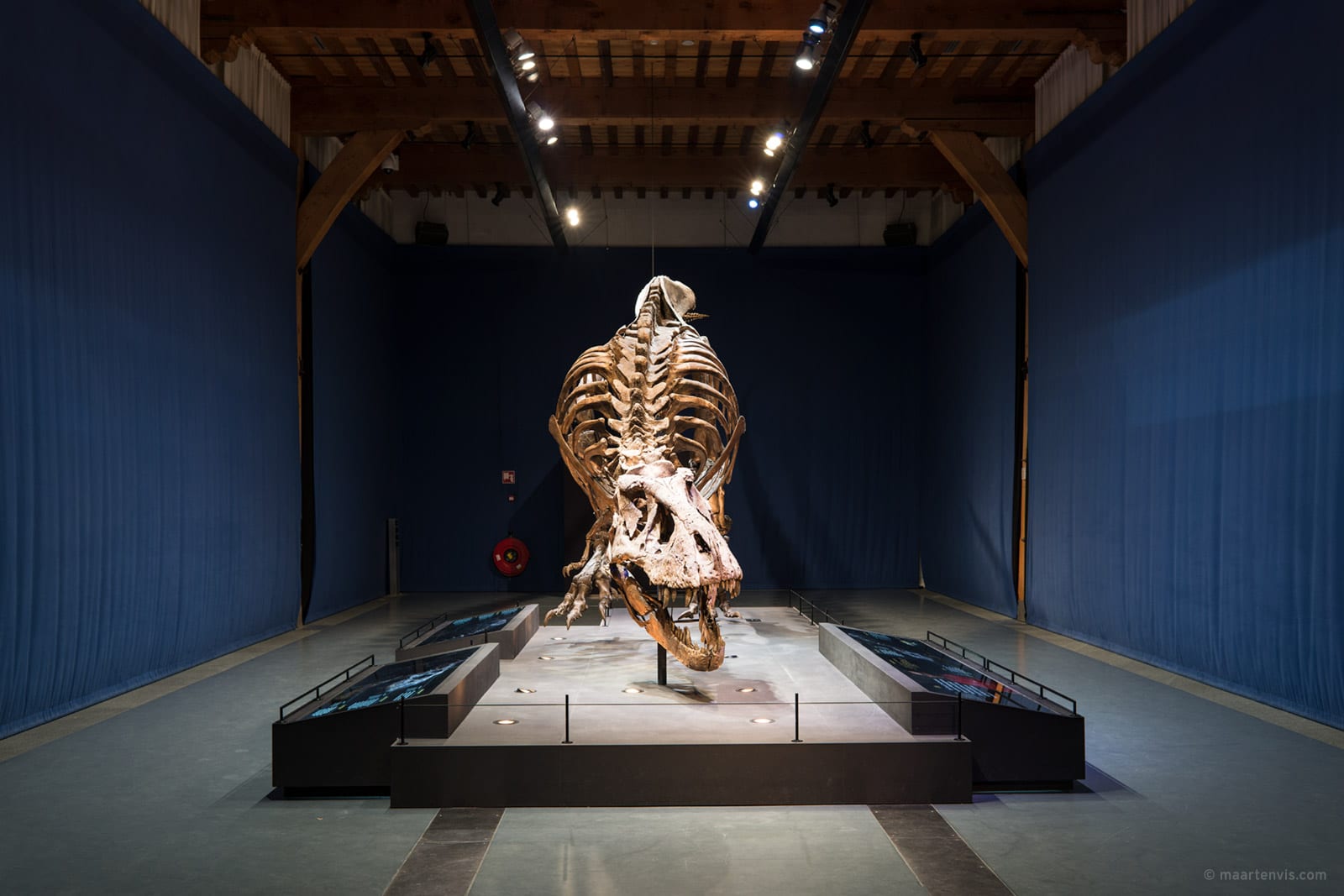