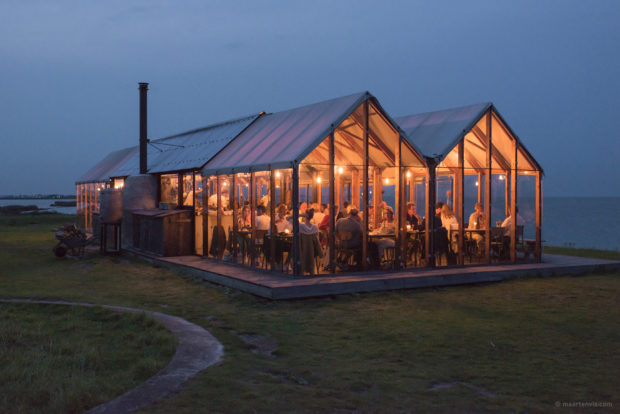 Dinner with a view in the pop-up restaurant.

Sometimes you read about something and you promise yourself you are definitely going to visit that place one day. I remember reading about Vuurtoren eiland (Lighthouse Island) a few years ago. The article said something about people starting a restaurant on an old deserted island that used to be an army base. It sounded really cool and I made a note on my to do list. Of course the years went by and I never really got around to buying tickets.

This year I finally did. Trust me, it’s easier to get front-row tickets for Beyonce. You have to be ready behind your laptop on the first of the month at noon. That’s when the tickets for the following month become avaiulable. And you really need strong wifi. I was lucky enough to get tickets for a Tuesday night. 5 weeks later. Was it worth the wait? Aha! It really was, because this is so much more than just a nice dinner.

Let me tell you what Vuurtoreneiland is exactly. It’s a tiny island in the Markermeer, close to Durgerdam, approximately an hour by boat from Amsterdam. Three centuries ago the major of Amsterdam built a stone lighthouse on this former army base as part of the Defence Line of Amsterdam. (Stelling of Amsterdam in Dutch). This Defence Line is now a UNESCO World Heritage Site and consists of 42 forts all surrounding the city of Amsterdam. The army replaced the stone lighthouse for an iron one, so the soldiers had a better view through it. The lighthouse is no longer working, but it’s still the only light house of the city.

Back to the restaurant (warning – spoiler alert!): during the summer months the island houses a beautiful pop-up restaurant in greenhouse-style, so you get to enjoy the beautiful views from any table. To get there you are picked up by the IJveer XIII, a beautiful old ferry boat built in 1927. Once on board you pick your seat and receive a cocktail and a cute wooden box filled with bread, butter and delicious amuses.

When you reach Vuurtoreneiland you can either go straight to your table or pick up a glass of bubbles and wander around. Visit the old bunkers, choose your own wine from one of the bunker-wine-cellars, follow the sheep (We chose the wine arrangement), or warm yourself near one for the camp fires with views over the water and the lighthouse. After a while the staff will call you in for your first course, one of many. The menu consisted of seven dishes, all very yummy. From radishes with aubergine, carrot and pickles to flounder with fennel. The desert was one of my favour dishes; plum with lemon!

After a last little walk over the island (they placed candles everywhere) we were called back to the boat where we were served coffee, cheese and chocolate truffles.

This was the summer edition of Vuurtoren Eiland. From October to December and from February till April you can visit the winter restaurant, with dinner served in one of the old bunkers. Next on our wish list! 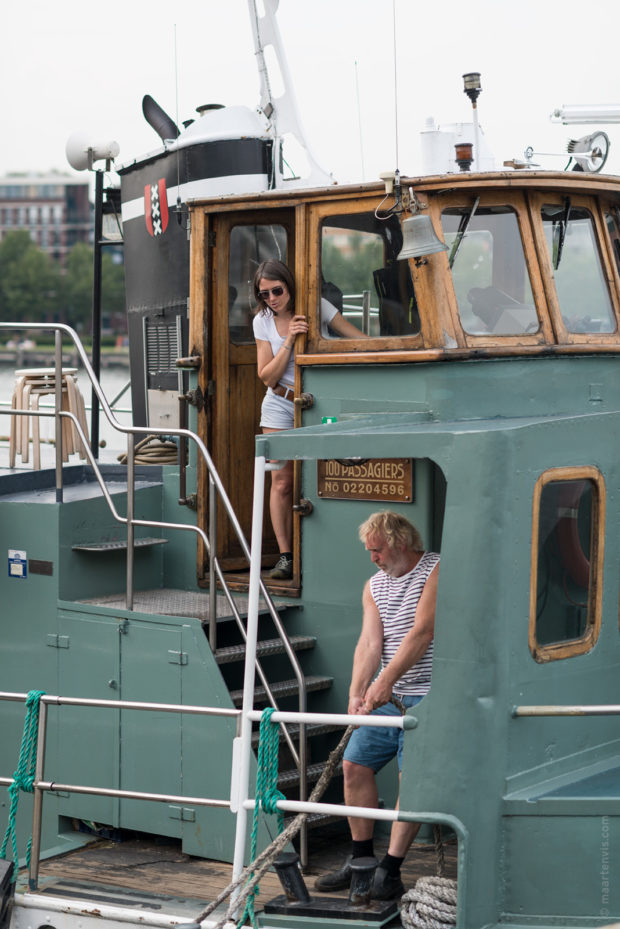 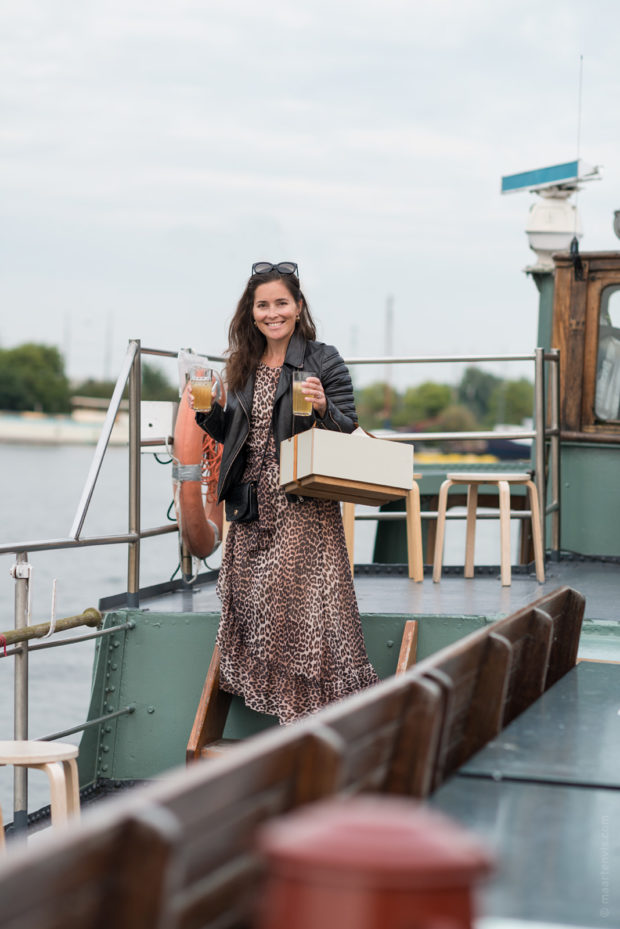 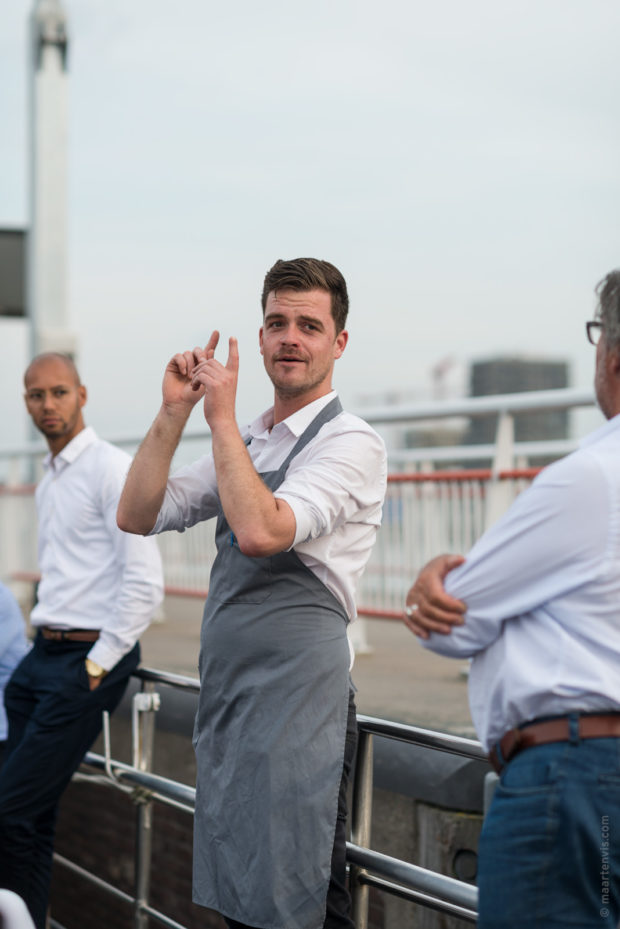 The house rules are explained while in the Amsterdam water locks. 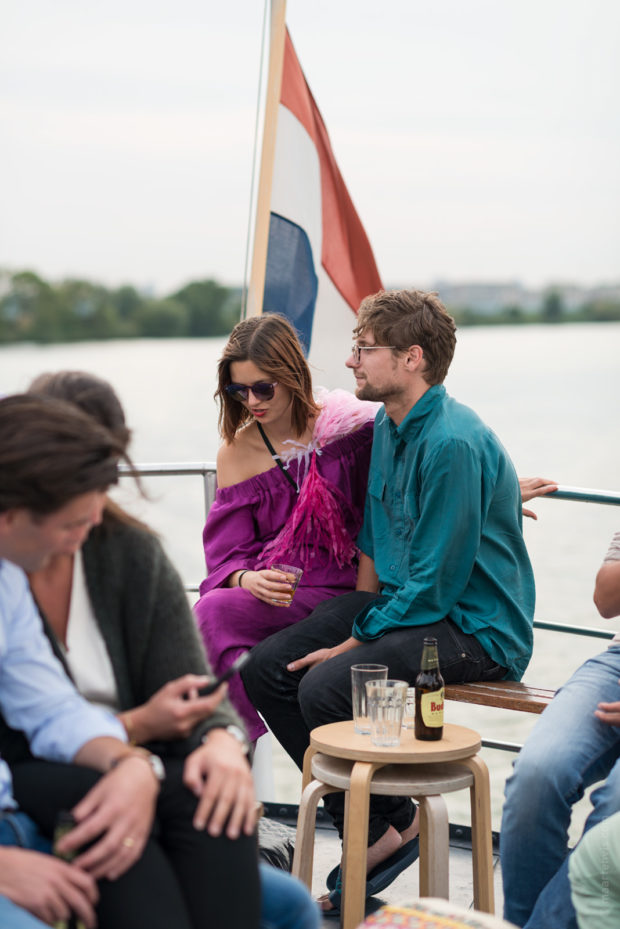 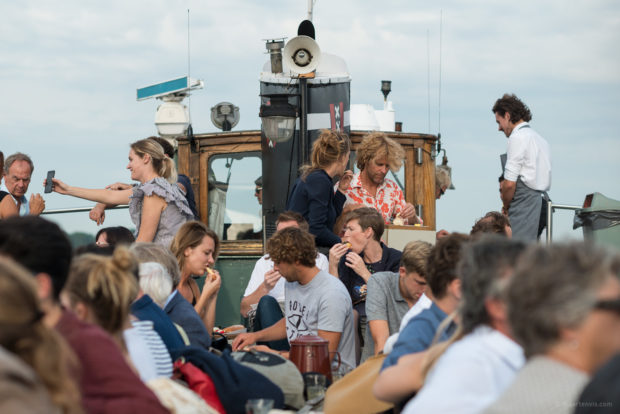 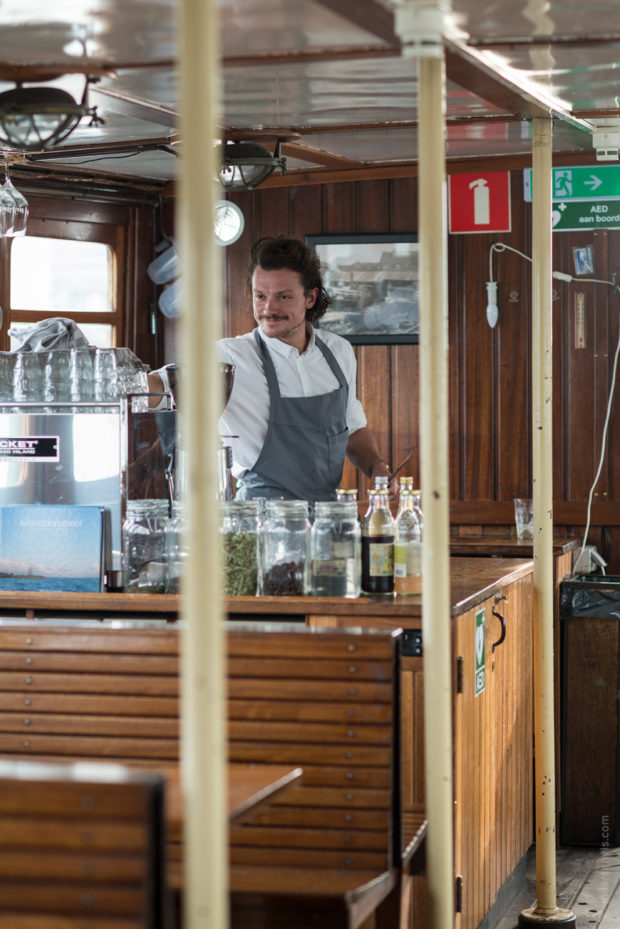 The beautiful bar below deck. 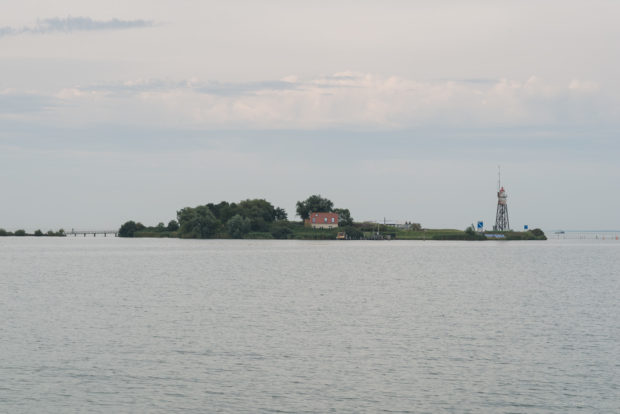 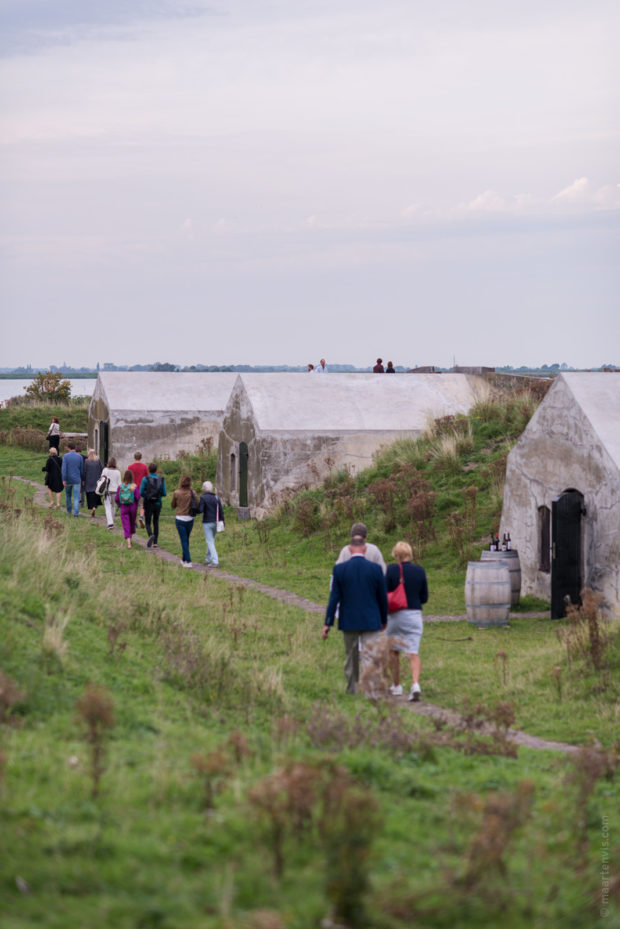 Having a wander across the island. 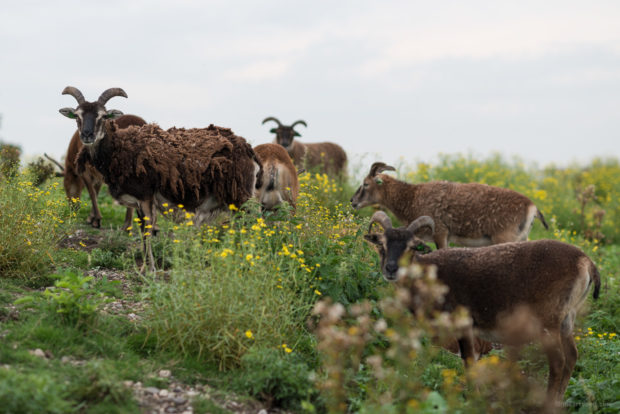 The natives are restless. 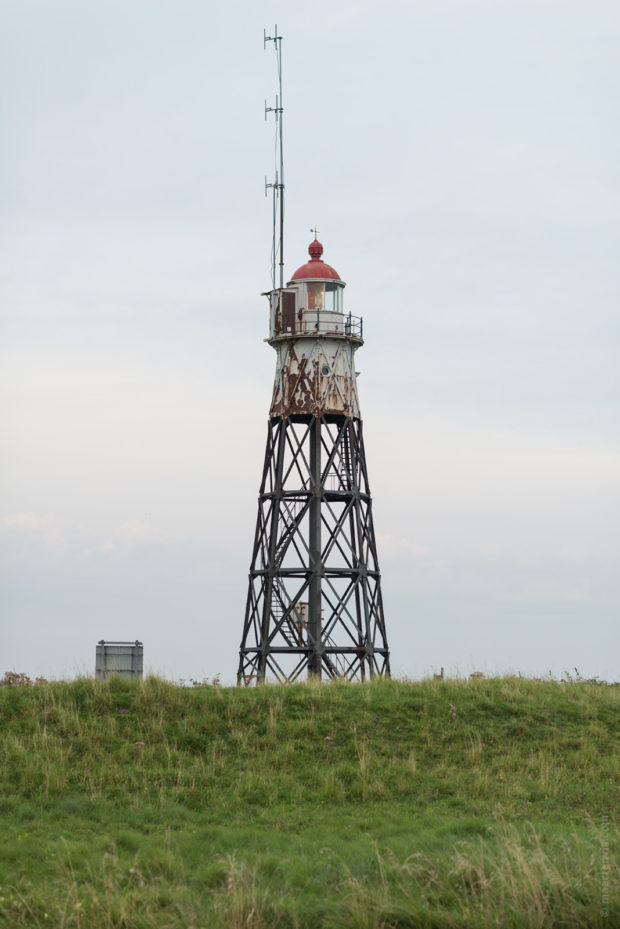 A bit of a fixer-upper. 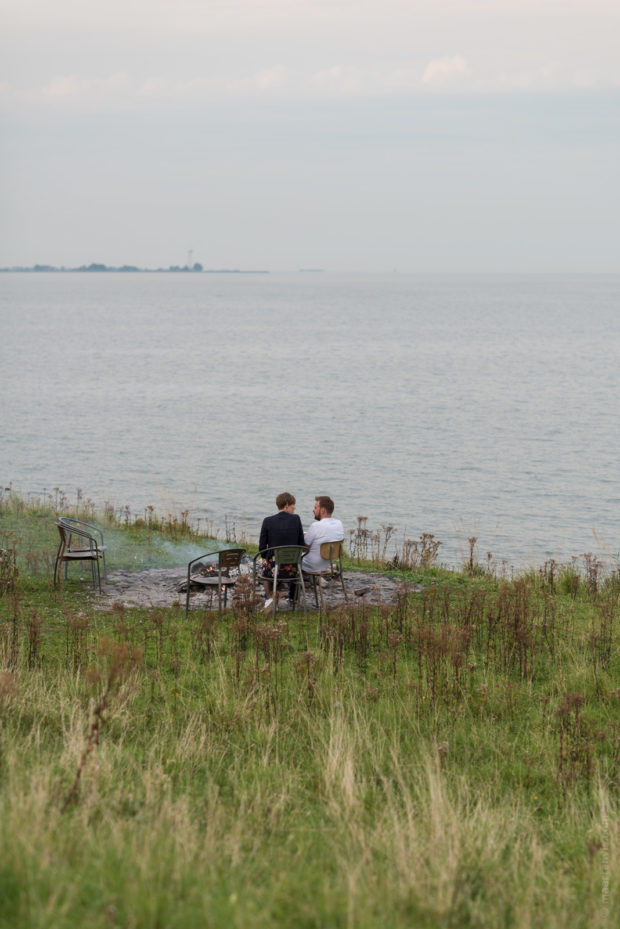 A camp fire with a view.

The old army base, where the winter restaurant is situated. 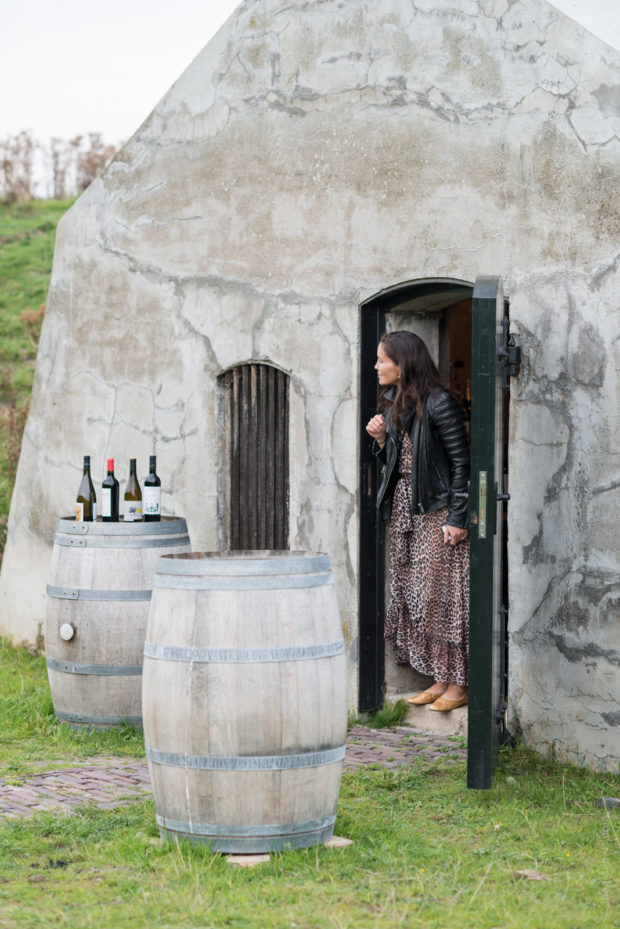 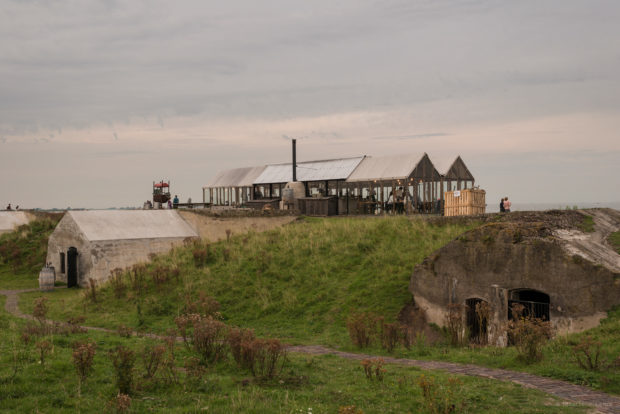 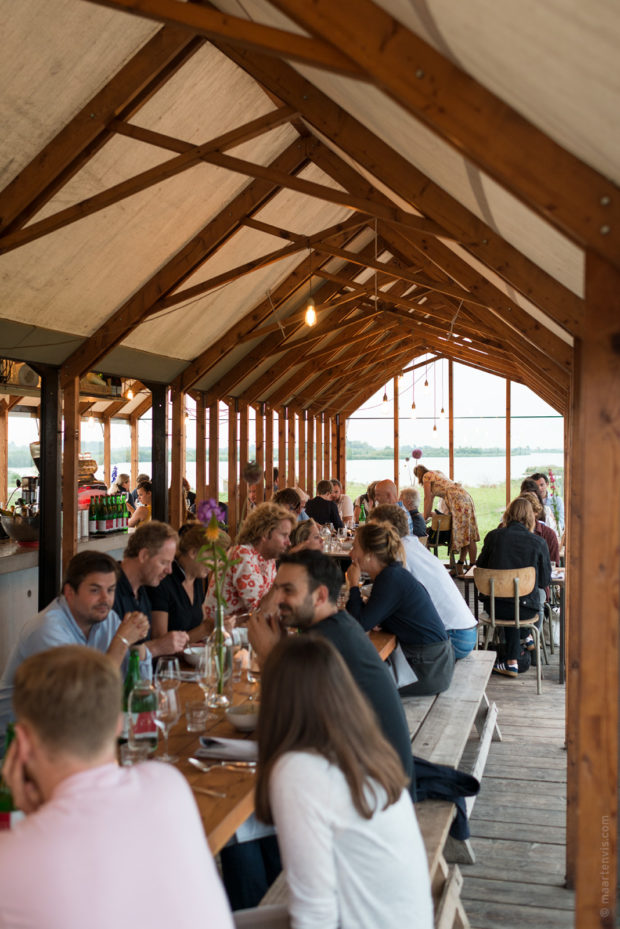 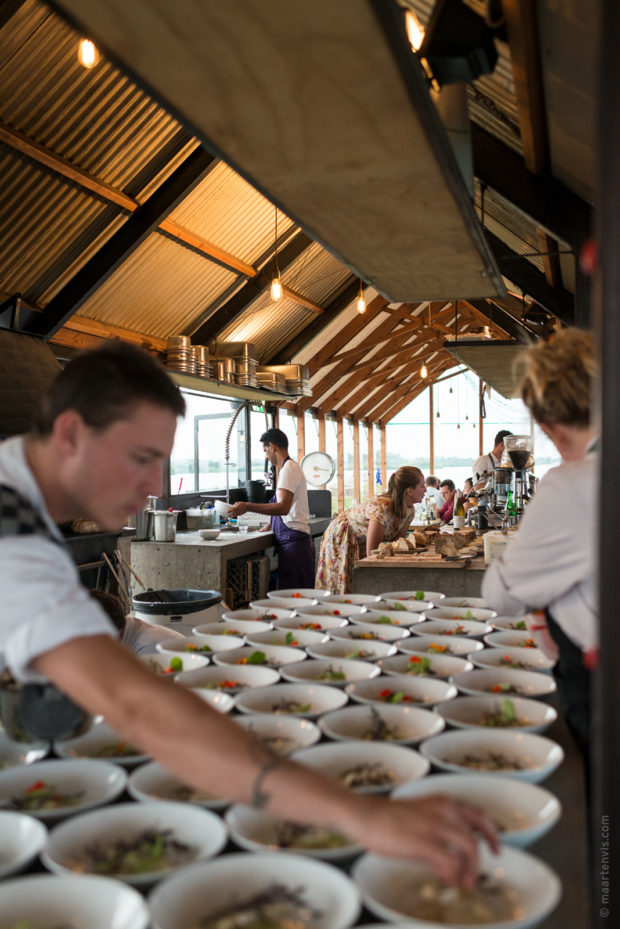 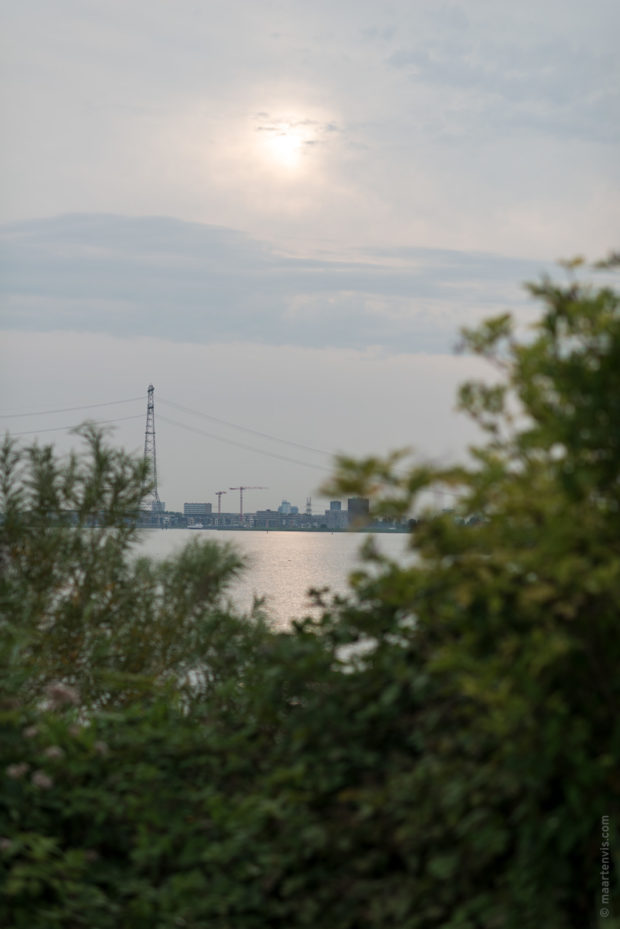 Amsterdam as seen from the island.