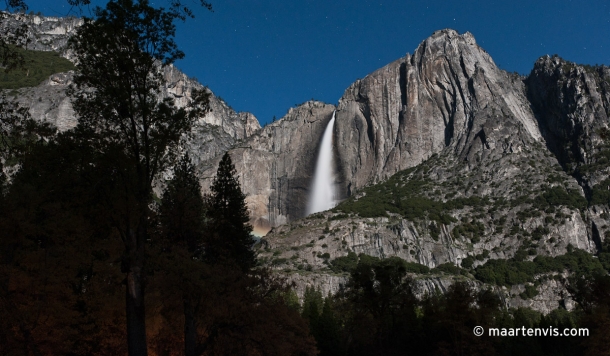 Sometimes you’re in the right place at the right time. That happened to us, when we were in Yosemite Parc when it was “Super Moon”, the 5th of May. During the day, everybody was nervously talking about the perfect spot and when and where to see the moon bow. Moon bow?! That’s exactly what we thought. We never heard of any moon bow. Luckily a ranger told us it’s the rainbow you get when the light of the moon hits the water of a waterfall. That night, the fields and paths around the waterfalls were filled with photographers eager to catch this natural wonder. The whole valley was lit by the moon – almost as if a giant spot  was pointed at the mountains. The moon was indeed bigger than usual, but even though we tried really hard and waited for three cold hours, there was no moon bow. Until we got back and checked out pictures on the computer. If you maximize the image above and concentrate on the corner left of the rainbow where the treeline starts, you see a soft yellowish moon bow. There! Isn’t it amazing?

P.S. Want to see this too? Next year the Super Moon is said to happen the 23rd of June! 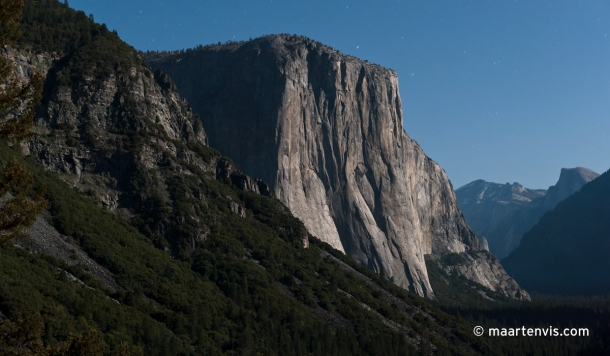