By fishandfeathers • February 8, 2012 • The Netherlands 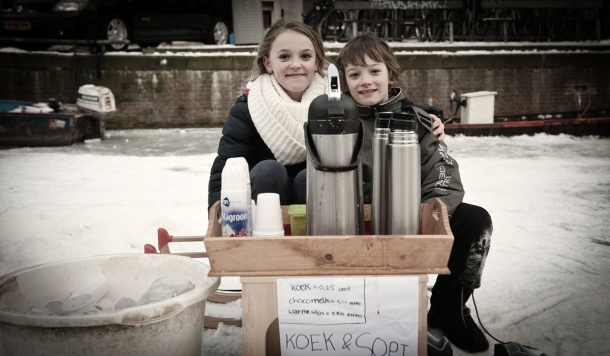 I’ve been living in Amsterdam for almost 15 years now and for the first time we could ice skate on the canals! It’s as if everybody leaves the streets and chooses the canals as their favorite route; to walk on in warm winter boots, to cycle on the ice (crazy), but most people simply strap on their skates and hit the ice. On the Keizersgracht people were seen playing ice hockey (one canal against the other), some cleaned the ice from snow and created an ice rink where girls in pink skates showed their moves. And tourists unwrapped their new skates (they were lucky enough to be in Amsterdam at this time of the year and able to get their hands on a pair*) and practice their first slides behind a chair. It’s a Dutch tradition to eat  “koek en zopi” when on the ice (everything that keeps you warm during te winter: pea soup, hot chocolate etc), so little stalls with home made goods were set up everywhere. Usually I’m more of a sun person, but if winter could be like this every day I wouldn’t mind a full season of it! 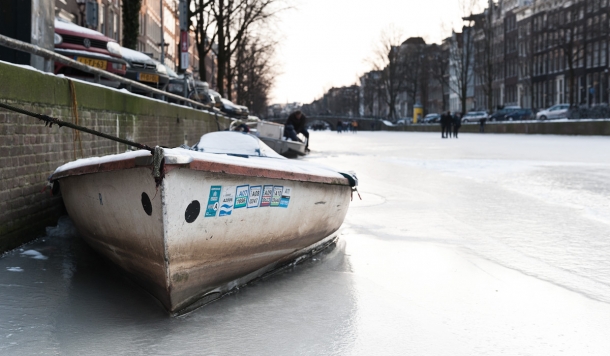 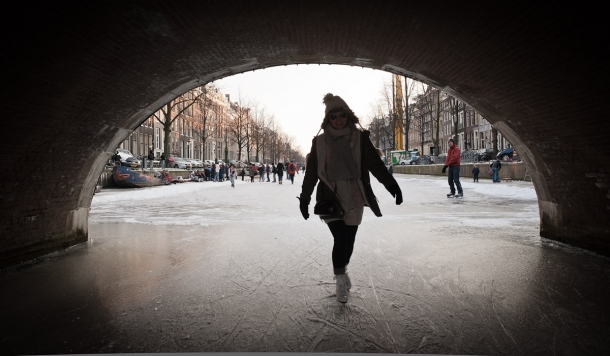